Pulling into the back parking lot at 4165-4175 West Broadway sure didn’t feel much different. It’s been empty for a couple years now, and the trade mark white columns are a reminder of the former occupants long history at the site.

But getting a quick tour of the empty interior held the potential for some dramatic changes along West Broadway.

The Carlyle Group officially purchased the old TCF Bank building at 4165-4175 West Broadway on the morning of July 31st.

Construction started immediately, and even by the afternoon of the 31st there were remnants of the bank laying on the floor.

The “Wicked” End of Downtown

Owner Steve Carlyle provided the tour and his excitement to get two new businesses open was contagious, even for someone who was already pretty excited for new development to a large chunk of downtown Robbinsdale.

The property is officially two separate addresses, with a third building added at some point to connect the two.

The western building (closest to 42nd Ave) will house a new boutique, “Wickedly Charming”. With relatively little work needed to be done in that building, Steve’s hope is to get the boutique open as soon as possible. The opening is still to be determined, but work is progressing quickly.

The eastern building, next to Hackenmueller’s, will house Wicked Wort Brewing Company, a tap room and brewery.

It looks to be one of the largest tap rooms in the Twin Cities (excluding a certain “destination” brewery). It will cover nearly the entire main floor, with taps at both ends of the main room. A portion of the floor will be removed providing an overhead look into the brewery. Bar height stools and a ledge ring the view, allowing folks to see where their beer was made. A small corner stage will host live music. 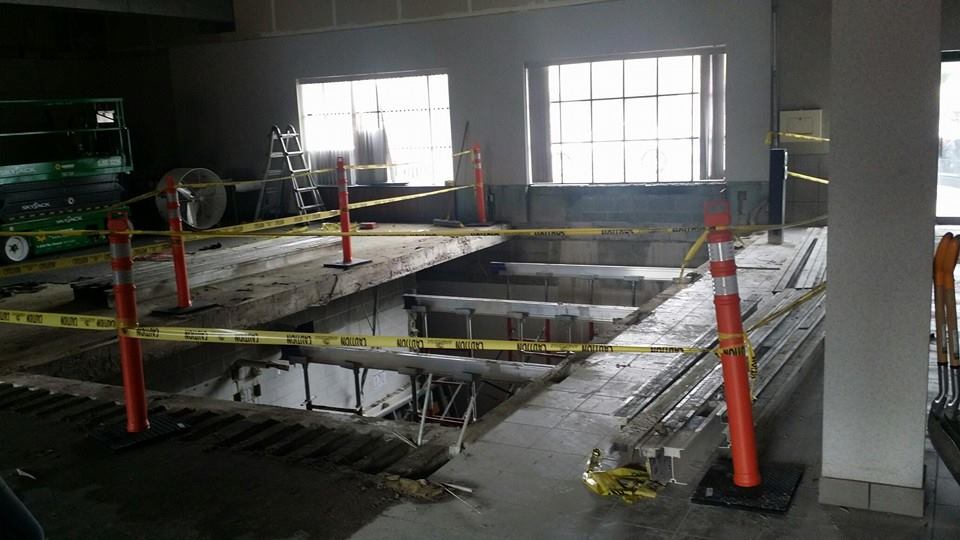 Plans also include several large garage doors along both the front and the back of the property, opening up the building to the sidewalk and downtown area. 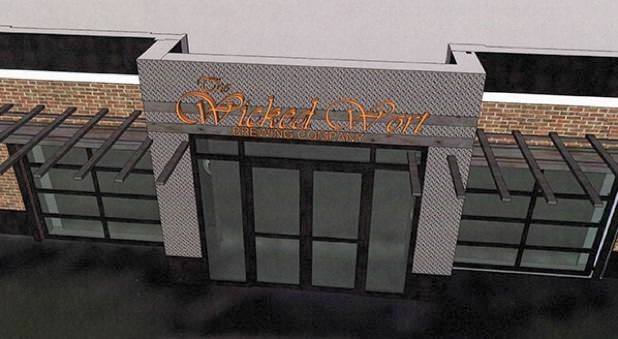 If everything goes as planned, the next couple of weeks will see demolition of the middle building, making room for a large outdoor patio.

Details were still a little hard to come by, but Steve claims it will be stunning. Water features and fireplaces were mentioned as possibilities to share the space with greenery and the freshest beer in town.

The brewing equipment is ready and waiting for pickup, so as soon as the basement has been prepped the installation starts.

Test brewing has been happening for some time, using 500 gallons of Robbinsdale water brought into their temporary brewing facility. 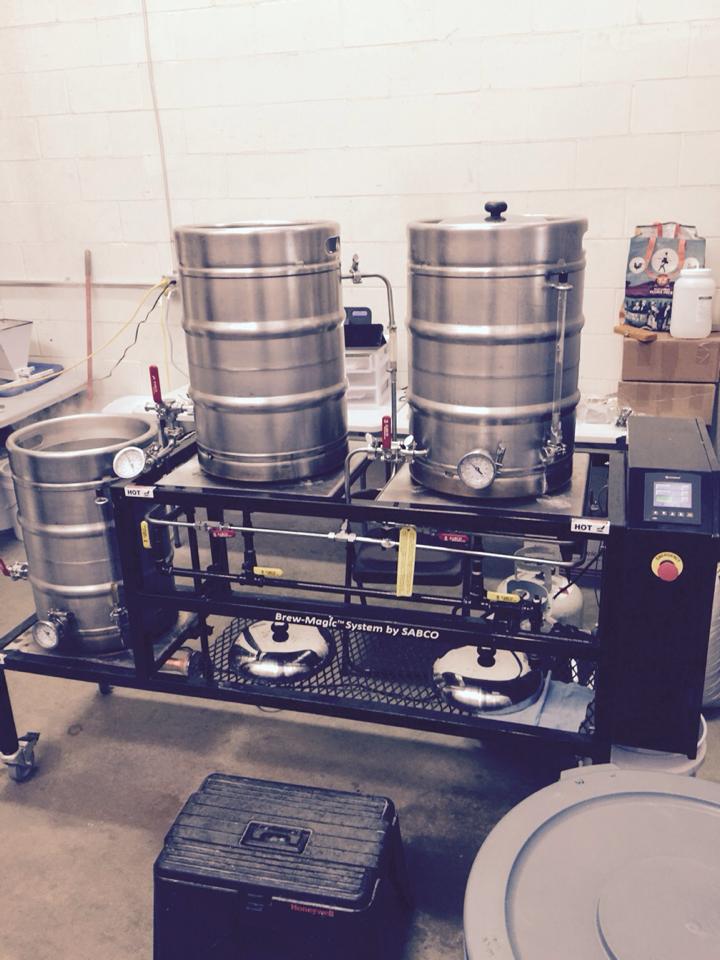 The beer menu will be large – the current plan includes 8 beers regularly on tap plus a couple revolving seasonal beers – so there should be something for everyone to love.

Steve isn’t the only one excited – his group is as hard working and optimistic as he is. They are there every day so they can hit their “by the end of the year” opening day target.

While I am also excited for the opening, there are several additional permits and other approvals to go, including a liquor license. And, despite my wishes otherwise, I don’t have the authority or ability to make everything magically go well. Just as any business does, they need to meet all of Robbinsdale city ordinances and code, as well as meet the requirements for a liquor license.

But Steve’s optimism has rubbed off, and I am very hopeful for a very happy new year.

As for those distinctive columns, they should be gone quickly so, as Steve says, the property “stops looking like a damn bank”.

*Note: All photos were used with permission of Wicked Wort Brewing.