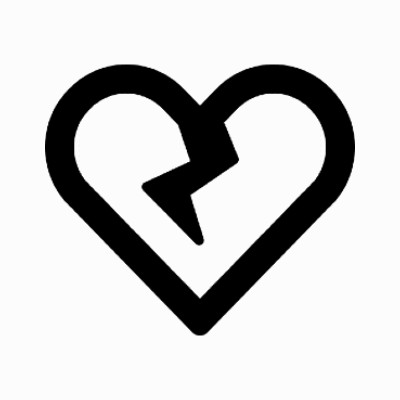 “I am so sorry he’s going through this why can’t Citi of robbinsdale leave this man alone he’s doing a good deed for a woman who has cancer.”

“This is why I moved and am never coming back! A town full of people with nothing better to do”

“Disappointed in the city of Robbinsdale over this. It’s pety. Owner is helping someone in need during a very difficult time. Shame on you”

“City is just money hungry. This man is doing a good deed and helping a friend during her treatment and she is helping him watch the house. This makes me so disappointed in the city of Robbinsdale”

Those are just a few of the comments on Facebook regarding a news segment aired by Channel 9.

The news segment left out quite a bit of detail and the only other person in the city hall audience for the meeting was the property owner, so I thought I would provide a little more detail.

Here’s the news clip from Channel 9

The city of Robbinsdale was made aware of the possibility of an unlicensed rental home after a routine check of rental owners - the property owner has at least two other rental properties in Minnesota.

City staff investigated, spoke with the occupant of the home and then sent a warning letter to the property owner.

The owner appealed the letter and a public hearing was scheduled and, when the property owner was not available, rescheduled.

The property owner explained that occupant contacted him to rent a property in Crystal that he also owns, but it was rented until January 1st. He suggested she stay at the Zenith Ave property that was empty but on the market, and staged for sale. She only needed to pay for utilities, help with shoveling and keep it in pristine condition should a potential buyer want to see the home.

I will go into further detail in the next section, but to get to the point, after discussion the council voted to table action on the appeal until January 14th, when the occupant would be renting his home in Crystal. Should there still be an occupant in the home for what would be a third or fourth month, the council would hear the property owner on the appeal again.

Happy ending for the occupant and the property owner!

As mentioned, the property owner appealed the warning letter he received from the city for having an unregistered rental home.

As the property owner explained the situation, it was purely an appeal to avoid the rental license fee for what he saw as a temporary situation.

To prove his point, he argued he didn’t have to follow our established ordinance because it was worded incorrectly. He claimed that our ordinance did not account for his “guest”, because the terms we used were mis-defined. He threatened to take the city to court to avoid the fees, stating “I don’t have anything better to do and since I am a lawyer it is free”.

By his logic, since he did not have a rental agreement and was not charging rent the occupant was simply a guest in his spare home.

Our ordinance clearly defines what a rental property is and who a tenant is:

Subd. 53. Tenant means any individual named as such in any lease, or in non-lease situations, any individual obligated to owner for the payment of rent. If there is no lease, and no rent is payable, the term means all occupants of the rental dwelling. (Added, Ord. No. 10-13)

The city has no way to identify a “guest” at a property, versus a tenant or occupant. In this case the woman had been in the home for several months, and the city was not aware of a potential end date until the appeal hearing, making it even tougher to sort out the issue.

We discussed the ordinance at length, and the council and staff still disagreed with his reading of our carefully created ordinance.

And then we voted to table the item until January when presumably the issue will be remedied by the occupant moving to the owner’s Crystal property and paying him rent.

So why was the letter even sent in the first place? This is just a guy trying to help somebody out that is down on their luck. It’s just somebody house sitting a vacant house until it can be sold. (It should be noted that none of these factors were known when the letter was sent).

There is one main reason:

If a city does not apply ordinances evenly and routinely, charges of favoritism can be argued. Precedents could be set making the ordinance less effective in every case, not just ones with heartwarming stories.

Court cases could be brought forth claiming bias due to exceptions made in other cases, costing the city and taxpayers money.

So the letter was sent, following our standard practice and ordinance, and holding the property owner to the same laws and rules as every other property owner in the city. The owner filed an appeal, as our ordinance provides the right to do. Again following the ordinance, the city council heard the appeal in a public setting, the time and date published for all to see and open to the public as all council meetings are. We heard from the owner, asked questions and finally made a decision.

Not following these rules in whole or even in part, reduces the integrity of our ordinance, potentially weakens it and potentially leads to lawsuits in the future.

I can already hear a few people saying that it is just overkill, a court case would never happen, and it’s just the city trying make some money.

Licensing and Permits account for roughly 4% of revenues for the city. That includes all permits - building permits, liquor sale permits, as well as rental home permits. Both the building and liquor permit revenues are considerably higher than rental permits each year.

Rental licensing/permitting in no way significantly raises revenue (which would thereby reduce tax burdens on residents and businesses).

As for the need for a permit in the first place, let me provide a couple examples of how this process has helped maintain (and in one case better) neighborhoods.

There was a situation a couple years with a very similar story. Just a few blocks west of Zenith Avenue was a home with a For Sale sign out.

After a period of vacancy, somebody noticed there was a family living there for a few months and wondered what was going on. The occupants said they were staying there for little bit. The property owner was contacted, and he stated he was helping out his brother who had recently lost his job. He was letting them stay there rent free while they got back on their feet.

As part of the routine process, a search was done using the property owner’s name, and several other homes came up scattered throughout the metro area. All of them were homesteaded by the owner, meaning he claimed each was his primary dwelling. Clearly all was not quite as it seemed.

He stopped returning calls and emails. Further investigation found that while the house had a for sale sign out front, it had not been listed for sale for many years. Warnings were sent and ignored.

In the meantime, the occupants behavior caused several police visits - loud parties, drug crimes and other issues. In the course of these interactions, it was revealed that the occupants and owner were not related at all, and that they were actually renting the property.

The property owner eventually did sell the property.

Had the process not been followed, a potential problem property could have created headaches for neighbors and the city.

In the second case, there was a home owned by a woman. Several of the owner’s friends and siblings lived in the house as well. It was a well known stop for the police. Stolen vehicles were recovered near the home, drug arrests were common, including at least one raid. Lots of parties, people coming and going all day and night.

Things would get better for a time, then worsen again. It was an ongoing issue for the neighborhood and police. Finally, it was found out that the owner had moved (quite some time had passed as it turned out).

The illegal rental home process was started, and after much back and forth, threats of lawsuits and other delays the owner decided to sell.

While it is unfortunate that these steps had to be taken, this was a house that was creating problems for a very long time. The neighborhood is much quieter and the home has been improved by the new owners.

The ordinances cities create are typically borne out of necessity, not a will for power or money.

You can certainly disagree with them, argue over them, complain to your Council Member and the Mayor about them.

But despite a seemingly common perception, cities are not a bunch of heartless, money grubbing, petty jerks.

At least not this city.