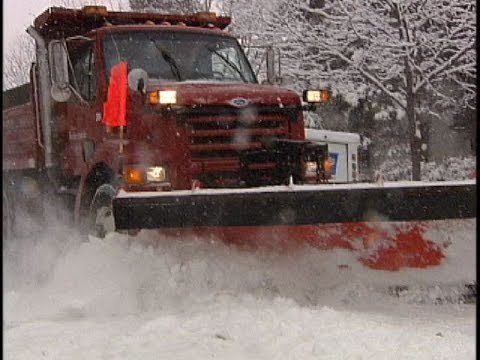 This winter season has seen a number of Snow Emergencies - more than the last few (unless I have blocked them from my memory!)

Overall, I think Robbinsdale does an extraordinary job clearing snow in a timely manner - much better than our neighboring cities (especially Minneapolis).

With several Snow Emergencies called the last month, there have been a number of questions and complaints concerning the Robbinsdale Snow Emergency process, and I thought it might be good to give a high level overview.

As mentioned in the policy there is a hotline for snow emergencies and, while website and social media is used as often as possible, they are not used as ‘official’ notification.

Robbinsdale is a relatively small community, and has a relatively small staff, so to be as efficient as possible Snow Emergencies are typically planned to start once the snow is forecasted to end. In larger events, a single pass on busier streets is done to help traffic flow until a full curb to curb plow can be accomplished.

I admit this delay is incredibly frustrating to me sometimes, especially when snow is falling during the day. Why can’t there be continuous plowing as the snow comes down?

As it turns out, there are practical reasons for this beyond simple efficiency (and being ‘cheap’ as I have heard several times). Plow drivers are required to have rest periods after a full shift of driving. Robbinsdale’s limited staff means a limited number of plow drivers as well, and a limit to how much plowing can be done in a 10 hour period.

Why are Alleys Done Before Streets?

Sunday morning I headed out early to help my in-laws clear their driveway and when we got back the side streets near my house were not plowed yet, but our alley was. This seemed odd to my wife, but I had ‘inside info’ and knew that different trucks and drivers handle streets and alleys. Alleys only need a single pass while roads need several passes and the different drivers may not be following the exact same route. In the end there are many variables and reasons this may happen.

The whole reason a snow emergency is called is to clear the streets of parked vehicles to make both the streets themselves and the clearing of streets safe, and as easy as possible.

The majority of our city was built at a time when families owned a single car, or none at all. Single car garages are not uncommon. These days, 2 (or more) cars per family is the norm rather than the exception and on street parking in neighborhoods is a reality.

Take that challenge, add in coordinating 14,000 people, 5500 homes and thousands of cars, it becomes not a simple thing.

Most times I can’t get my two kids to agree on the same thing or work together to get something accomplished, so it probably isn’t a surprise clearing the streets of parked cars isn’t perfect.

It is also the source of complaints.

The police do their best to ‘encourage’ people to get their vehicles of the street. While our city is only 2.9 square miles, there are many, many miles of streets to cover. During Snow Emergencies, they try to travel every street and tag or tow every vehicle that is on the street. This takes time - and lots of cars means even more time. They can be pulled away on emergency calls that take priority. So there are times that some streets don’t get a pass by the police. That can either be your lucky or unlucky day, depending on your point of view. Complaints are seemingly evenly split between getting a ticket or tow, and neighbors not getting a ticket or tow.

Ticketing takes time, but towing takes even more time. A very quick tow driver can tow 3 cars per hour. The impound lot has limited capacity. For these reasons and more, towing every car illegally parked during a snow emergency is just not physically possible.

In an ideal world, there would be a nice, safe place for cars to temporarily park during a snow emergency. The reality is not at all simple.

There could be hundreds of cars that would like to find a spot off street. City lots have very limited capacity, and are the last to be plowed, so are not a likely source. Liability is an additional concern. And what happens to cars that are not moved from the lot in a timely manner - a ticket or tow? Ultimately this just isn’t a practical benefit for the city to offer.

Why Not Alternate Side Parking?

The city has looked at odd/even side plowing on different days, similar to Minneapolis and St Paul, on several occasions. This provides its own set of complications, and spreads the pain of less than ideal streets over several days, versus (usually) a single day. Our street parking volume is far less than Minneapolis, and the consensus has been this solution is more painful than the current process.

As with nearly every issue facing a city, there is rarely a perfect answer that will satisfy everyone. Staff and the Council review the snow removal process and rules annually, and as needed during the snow season.

Police and plow drivers are doing the best they can to make this a process that is as quick and pain free as possible for everyone.

But there will always be situations that require understanding and patience. Plows come back and clean up spots where cars were plowed around. Police will get to abandoned vehicles, but this usually takes a little bit of time.

If you have any questions or comments, feel free to drop me a line (pbacken@robbinsdalemn.com) or contact city hall.

With a little luck, this will be the last snow emergency of the season, and we can try to remember all of this for the end of the year!