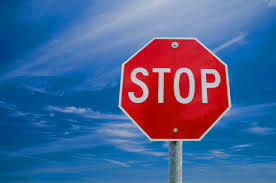 Every spring the emails start popping up, and the Facebook posts start appearing.

“Cars are driving too fast down my road!” Or, “Cars never stop at that stop sign!” And sometimes, both.

It is the number one complaint during the summer, since it is such a visible and naturally concerning issue. Almost all of us live in a residential neighborhood, and we watch as cars speed by and roll through stop signs.

Several years ago at our National Night Out party an officer stopped by and my neighbor Jim complained about all the cars speeding on our very well traveled and wide street. He asked if we could get the Police department’s “speed trailer” to check on the extent of the problem. The speed trailer is a unit that sits on the side of the road and measures speed of oncoming traffic. It has a large sign that displays the speed of the vehicle. If the speed limit is exceeded the display blinks to help alert drivers to their excessive speed. While the trailer can record the speed of vehicles, it does not capture any specific vehicle data or take pictures, and can not be used to issue citations. 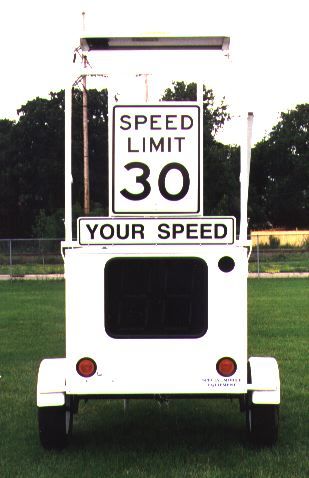 When the trailer arrived my neighbor could hardly wait to watch the results. Over the weekend he grabbed a chair and spent several hours each day sitting on his front lawn tallying the number of speeders. By the end of the weekend he couldn’t believe the results…of the hundreds of cars he watched drive by, very few were exceeding the limit. And only three cars were excessively over the limit.

Jim happened to be around when the trailer was picked up and he asked the officer about it. He thought that the presence of the trailer may naturally slow traffic as people often think they can be mailed a ticket if the trailer catches them speeding. The officer told him that was a very common perception but very unlikely. He said that speed is usually recorded before drivers notice the trailer so that isn’t really a factor. He also said he wasn’t surprised about Jim’s tally results – they were very typical of what they see when targeting a residential area for speeding.

So what’s the deal?

The first thing that surprises everyone is that residential speed limits are set at 30 mph by the Minnesota Department of Transportation. Individual cities have no ability to lower that limit. There is an appeal process through MNDot, but changes are granted only in very rare situations.

On most residential roads 30mph looks like 50. It’s natural to think vehicles are speeding in neighborhoods, but in most cases they are still at or under the limit.

Does speeding on residential streets happen? Undoubtedly. Is 30mph too fast for a residential street? Perhaps, but it will take an act of the state legislature to lower that limit. And studies have shown that it probably won’t make a difference in actually lowering vehicle speed – most people drive the speed the road and traffic conditions allow, regardless of the posted limit.

After that explanation, almost inevitably, the next question is about adding a stop sign to help control speed. Unfortunately that is a solution that can actually make matters worse.

Many studies have shown that stop signs placed only to control speed are ignored (or rolled through) and, to make up time, people tend to speed up so much that peak speeds actually increase.

Pedestrians can also be at increased risk expecting that a vehicle will stop but does not, or only slows down.

In addition to these concerns, the “official rules” of traffic engineering, the Manual for Uniform Traffic Control Devices (MUTCD), contain standards that are used to determine where the placement of signs is warranted.

There are many factors that are looked at, including traffic volume, sight lines and the number of accidents seen in the area. The MUTCD is based on thousands of studies from federal, state, university and municipal sources. Because of this high level of study, deviating from this standard can lead to liability issues for the city and even invalidation of insurance policies. Obviously this can lead to a risk that cities are not often willing to take on.

The next request is for speed bumps. There are limited applications for speed bumps even in a perfect scenario, and are usually a last resort. A traffic study is required, and that must show that there are substantial ongoing safety concerns. Other factors must be taken into account as well, such as adequate sight lines and night time lighting. And they are not covered in the MUTCD, so there can be issues of liability should damage occur to vehicles.

This helps explain the very limited use of speed bumps on residential streets throughout the metro. There is a pretty large practical obstacle for us in Minnesota too – we need to account for snow plowing about half the year.

Another issue that pops up on a regular basis is stop signs for uncontrolled intersections.

Just like unwarranted stop signs to control speed, stop signs that are seen as unneeded for right of way issues can make an intersection more dangerous.

So what can be done?

Certainly there are some problem areas, whether it is speeding, running stop signs, vehicles not yielding in crosswalks or dangerous intersections.

Sometimes the problems are temporary and localized, like when construction causes drivers to find an alternative route and temporarily raises traffic volume and speed, or my kid gets his driver’s license and thinks speed limits are merely suggestions (until he gets that first ticket). Often enforcement can help reduce or solve these issues.

Other times they are more systemic and take a longer term solution. Fortunately Robbinsdale has corrected most of these poor design decisions.

In Robbinsdale, without a substantial change in traffic flow, Stop signs are rarely the answer for uncontrolled intersections. Our intersections have been around for years and traffic patterns are well known. Any intersection needing a Stop sign has been identified in years past.

Occasionally an area pops up that is in need of additional study. If the study indicates that an intersection could use some sort of traffic control device, there are a number of options. Every situation is different – the Engineering staff looks at the study results and tailors a solution that makes the most sense. They range from Yield signs to round-abouts to more unconventional methods like road narrowing. 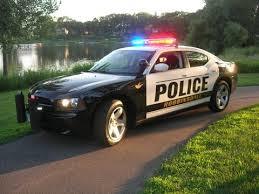 Police can’t be at every corner, or on every street at all times. Even in relatively small Robbinsdale, there are too many streets for officers to cover every day (at least parked looking for speeders and stop sign violators). They also respond to every medical emergency, accident and “cat in a tree” call so they are often busy moving from one call to another.

But the police take neighborhood requests seriously, and will do targeted enforcement if an area is found to be overly problematic. A good example is the recent extra enforcement in the neighborhoods around the County Road 9 construction area.

They also will bring the speed trailer out on an availability basis.

Keep in mind that there are so many requests – seemingly every single neighborhood in Robbinsdale has the same complaints – that it may take some time for the police to check out a specific road, or place the speed trailer.

One of the most interesting findings of the recent enforcement campaign was that nearly all the tickets were given to local, neighborhood residents.

So one thing we all can do is lead by example – slow down in your neighborhood and make sure you make a full stop at your local stop sign!