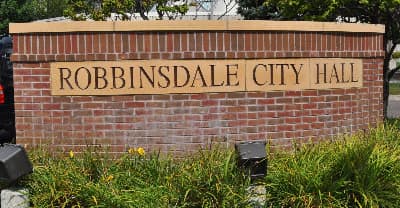 Recently I have been hearing some comments - online and in neighborhoods - about a perceived lack of transparency by the city of Robbinsdale, including city staff and the City Council.

These are particularly frustrating to me, given that our system of government is designed for accessibility and, yes, transparency. But it’s important to take these comments seriously, and I wanted to add some facts to help clarify the issue for everyone’s benefit.

To help break down this perception I’ll share the laws and policies that direct how the city – including the City Council – communicates with residents. And I’m going to use an issue that polarized our community not too long ago to help illustrate it.

To steal a phrase from a friend, following city policy does not equal a lack of transparency.

The city, including me and the rest of the City Council, faced loud, aggressive accusations of “no transparency” in 2016, during the proceedings that led to Hy-Vee’s store development.

As most who live in Robbinsdale know, the issue was highly charged from the moment Hy-Vee’s proposal was received. For example, the speed by which Hy-Vee hosted an open house for the proposed development, two weeks after the proposal was made, triggered the first claims that we as city leaders knew details of the development plans far earlier than the rest of the community.

To be blunt, the accusations over the course of the Hy-Vee issue were absolutely false. To me, they revealed a different issue - that most people are not familiar with the details, processes and rules that surround city rules and policies, especially when it comes to property development and redevelopment. I addressed some of those issues with a blog post at the time.

We are seeing these same questions emerge again, with other commercial developments planned for Robbinsdale in 2018 and beyond. As for the city’s role, there are a few important points to cover – and remember – as the projects proceed.

The City Does Not Rule on Commercial Property Sales

I wrote several years ago about the misunderstanding of the role the city plays in filling vacant store fronts in Robbinsdale. In a nutshell:

There are certainly times the city or REDA is aware or engaged in advance with planned developments, but it’s only when a business is requesting some form of variance or subsidy. This is what happened in 2016 with Hy-Vee. But even then, the City Council can only approve or deny the variance or subsidy – not rule on whether the business can operate in the city.

Let’s talk about what happens in these situations.

A Threshold for Notice of Development Proposals

It’s true that before any proposal with a variance or subsidy request comes before the City Council, city staff has typically worked for months in advance with a developer – answering questions, ensuring the development plans meet city requirements and zoning codes, and discussing potential subsidies. So why aren’t those plans and discussions made public?

Simply put, until an official request is made by the business for a variance or assistance, the city has no legal right to disclose this information.

This is not much different from a single-family home transaction. The city often receives requests for information from homeowners when selling or buying a house. The city has no legal right to notify the public that the house is for sale or who a potential buyer is - this is a transaction between two private parties. The city also has no right to say who can purchase property, only that all codes and ordinances are followed.

If either the buyer or seller of the house is requesting a variance or has another issue that needs approval from the council, then it is added to an agenda - and that’s when it becomes public.

Our role, both city staff and city leaders, was to provide information as they requested it, and to consider variance, subsidy, or other assistance requests – at which point, being added to an agenda for the City Council or REDA to consider, becomes public.

And in both situations, residential or commercial, there is a hard reality that we have to responsibly navigate as a city - should the premature release of information by the city hurt one side or the other in the transaction, the city could be liable for damages.

First, it’s important to note that there are laws and policy that prescribe how the city must operate in regards to public meetings and decision making.

The first thing to know about is the state law regarding Open Meetings.

The Minnesota Supreme Court has articulated three purposes of the open meeting law:

Meeting Notice and Outside Communication

The law “requires public bodies to give notice of their meetings.”

Notice of meetings are published on the city website, in the Sun Post and posted at City Hall. Residents may also register for email notifications of meetings, including the agenda and information relating to the meeting.

Occasionally a meeting will be published via social media as well, but this is not considered an official method and not every meeting is published this way.

There is also a limitation to informal or other communication outside of official meetings - this means no discussion of city business when a quorum of the city council is present (in Robbinsdale that means 3 or more).

Robbinsdale strictly adheres to this law and members of the Council do not discuss city business outside a public meeting, including via email, phone calls, electronic “chats” or even at social gatherings.

Finally, there have been a number of Freedom of Information Act requests over the past couple of years that have proven that the city of Robbinsdale does not violate this law.

Every City Council and Robbinsdale Economic Development Authority (REDA) meeting is televised on the local cable network CCX Media (previously Channel 12) and streamed via the internet. Council Meetings have been recorded since 2010 and can be replayed at any time. CCX Media started recording REDA meetings in 2017, although one meeting in 2016 regarding the Terrace development was recorded as well, due to public interest.

Since 2012, the council has had a regular work session the first Tuesday of each month. These are, of course, open to the public with an agenda published in advance according to state law.

We also have work sessions about specific topics occasionally. Meeting notices and agendas are followed as above.

These meetings almost always take place in the back meeting room at City Hall, and the location is posted with the agenda.

These are not recorded as they are less formal and decisions are not made in work sessions.

The City Council is also available via email and phone (cell number in most cases) with contact information found on the city website.

In addition, Robbinsdale council members have accounts on Facebook, and a few have Twitter accounts as well.

Meetings – Always Open to the Public

City Council and REDA meetings are literally the vehicles used to ensure transparency with the public.

City Council meetings are where the Council members receive and debate information about projects. As previously mentioned, these are open to the public and televised, streamed and recorded.

We get our council “packets” the weekend prior to the meeting. The same information is typically posted on the city website as a news item and emailed to subscribers of the City Council / REDA e-notifications.

By receiving the information over the weekend, the council members - and email subscribers - have time to review the material and prepare questions or request additional information from the city manager prior to the meeting.

The meetings are designed so that the presentations, debates, commentary and questions are open and in view of the public. It is where we get the information we use to make decisions. And there are a number of ways for residents to view and consume this information.

I do want to make a final comment about the Hy-Vee development - behind the accusations of “no transparency” was a strong belief that the city had a responsibility to preserve the Terrace Theatre structure.

Let me be very clear - the theater, and the property where it stood, never belonged to the city. There was no position whatsoever that we could take as city government that could have prevented Brixmor from selling the property to Hy-Vee, or the demolition of the theater.

The only thing that could have stopped it would have been a competing bid for the property that Brixmor would accept. That didn’t happen.

However, as a City Council representative, I did take the issue seriously - the Terrace Theatre, now the Hy-Vee development property, is in my ward, and I knew this was an issue that residents care about. So I took additional steps to engage with residents, beyond the official channels:

Accessibility and engagement are important when serving in a City Council role, one that I take very seriously. They equally matter as a resident in a community. And with that, let’s finish up on one final point…

The reality is there is little standing in the way of residents being informed about what is happening in the city. There are just steps residents need to take to get the answers they are looking for.

Attend a meeting or work session in person, call or email a council member, sign up for the Council and REDA eNotifications, watch the meetings live or online at your convenience.

If you hear a claim of no transparency, ask how the city is failing to be transparent. And then let me know if that claim hasn’t been covered here already - I will get to the bottom of it!